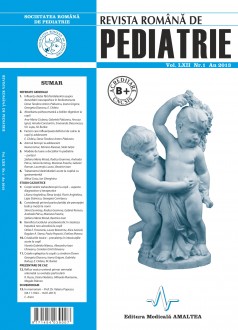 Models of decision making in pediatrics – part I

Until recently, the parent was considered to be the legal guardian of the minor aged less than 18-21 years worldwide, thus being entitled and obligated to make medical decisions for the minor. But experience has showed that this model of decision making may not always work in the best interest of the child, especially when parents are part of extremist religious groups. The next step in pediatric decision making ethics was represented by the ability of the doctors to sue parents that refused treatment that was necessary to the child for religious reasons, which was followed by introducing the concept of “emancipated minor”, able to make his/her own healthcare decisions. Recently, British Columbia and New Brunswick regions of Canada have adopted a law that allows “capable” minors to make decisions concerning their own healthcare, the ability to make such decisions being evaluated by the doctor and not depending on the child’s age, but on the degree of his/her neurocognitive development. Paradoxically, this model increases the responsibility of the doctor, who has to evaluate if the minor is competent to make such decisions and if the decision that was made is in the patient’s best medical interest. In this context, the doctor might not be aware of certain social, cultural and religious aspects that might guide the minor’s decision, and this model does not eliminate medical paternalism, but it offers it new faces. The Dutch legislation permits euthanasia of competent persons aged more than 12, that request the active ending of their own life. Recently, this country has adopted the Groningen Protocol, a series of medical guidelines that allow the euthanasia on newborns with incurable diseases and a predicted deficient life quality. Those who oppose this protocol state that applying it opens the way to eugenics. World legislation is heterogeneous regarding pediatric decision making. Each of the presented models has apparently insurmountable deficiencies. This paper was written during the Project “Postdoctoral Studies in the Field of Health Policies Ethics” POSDRU/89/1.5/S/61879 cofinanced by the Social European Fund through the Sectorial Operational Program for Human Resources Development, 2007-2013.